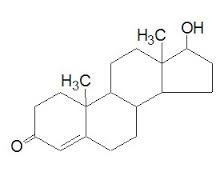 Consultoria Queer is a self-organized group based in Bologna which works on queer(ing) sexual health. Its aim is to foster patients’ self-determination, to promote attention to the social determinants of health, to challenge the dominant heteronormative and sexist organization of health care, while resisting to the welfare dismantling at the same time. The group is composed both by trans and cisgender people who variously identify as women, men, or neither of the two; as lesbians, gays, heterosexuals; as patients, students and scholars who work in/against the health care system. This paper is based on the work on sex hormones conducted by the group, and focuses in particular on the social meanings, uses and policing of testosterone and testosterone-based drugs in the Italian context. By sharing experiences and representations of testosterone among people with different positions in the gender hierarchies and in the health care system, Consultoria Queer has developed a collective, embodied critique to the construction of masculinities, to the different access to sexuality granted to “female” and “male” bodies and to the medical discourse about gender and sexuality.